TV Acclaimed Comedian Ava Vidal will be headlining a comedy night on 11th May for Wishes 4 Kids.

Ava Vidal is a cool and composed performer with an intriguing past. She was a teenage mum, she earned a living as a prison officer before turning to stand-up, a move inspired by watching Chris Rock.

Ava Vidal has become a regular presence on television since she turned heads as the BBC New Comedy Awards’ only female finalist in the very first year of her career. She has appeared on Mock the Week, Michael McIntyre’s Comedy Roadshow, Comedy Central’s The World Stands Up, Edinburgh and Beyond and C4 reality show Kings of Comedy. Ava was the subject of the documentary From the Top, detailing her background and development as a comedian.

Help us to make a child’s dream a reality either by making a donation or organising a fundraising event. More… 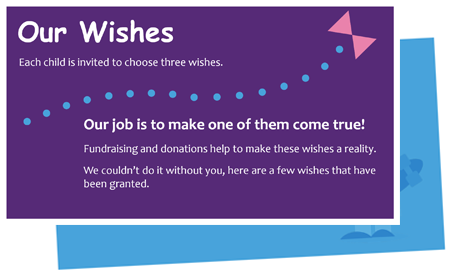